Murphy is located in southern Collin County north of Dallas. Situated midway between Plano and Wylie on FM 544, Murphy is 2 miles south of the famous Southfork Ranch. Murphy shares borders with Plano to the west, Richardson to the southwest, Sachse to the south, Wylie to the east, and Parker to the north. It is 22 miles northeast of downtown Dallas and about 34 miles east of Dallas/Fort Worth International Airport.

The community supports plans to continue to foster the country-living atmosphere, though with fewer large lots. Minimum lot sizes are 9,000 square feet, and the average lot size trends toward 12,000 square feet.

Several subdivisions have begun building and are occupied. The newest approved development is 470 acres on the northeast side of the city along Maxwell Creek. The country living theme is expressed in this development by a linear park, which is expected to include a hike-and-bike trail. The major new feature to be noted in the Future Land Use Plan is a central business district at the northeast and northwest corners of the intersection of FM 544 and Murphy Road. This is expected to encompass a park-like area with offices and stores fronting on a central plaza. Construction on such a development, Murphy Marketplace, began in 2008. It now contains numerous restaurants and services. The municipal complex comprises a total of five buildings to serve Fire, Police, City Administration, and Public Works, as well as a 2014 addition of the PSA Murphy sports center.

With the opening of the President George Bush Turnpike, access to the west became a reality in 1999. The highway is a major factor in the growth of the economy of southeast Collin County. Its impact on Murphy has already been felt in the rapid expansion as new homes have been built, with the boom starting in 1999. The population in late 2002 was about 6,500 and continued to grow to around 12,000 in 2006. The 2010 census reported a population of 17,708.

Current Listings in City of Murphy 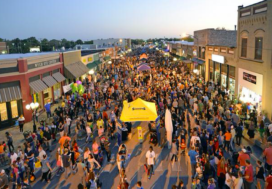 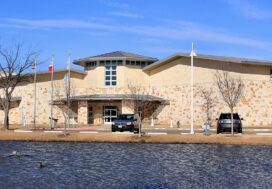 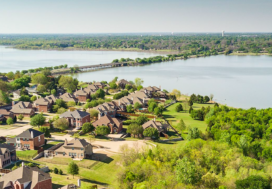